Home > Automated Testing Service for JD Edwards projects: these are the benefits

Automated Testing Service for JD Edwards projects: these are the benefits

This allows the team to run tests automatically and document them. Very useful as testing became more rigorous within our tools release approach and client projects. The team started using DWS SwifTest during the development of Arantys Release 3.5 and the testing of this new release. Use cases that required testing are simultaneously created in DWS SwifTest as a unit- or integral test. That’s two birds with one stone. 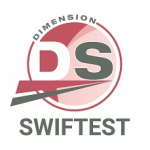 Up to now, a group of CTRM consultants already documented more than 200 unit test scripts for Arantys which can be executed repeatedly or consecutively (in an integral test). This significant investment allows us to have a better focus, release quicker and move forward.

DWS SwifTest can help to reduce time that must be spent on testing the software. When all processes are defined as test script in DWS SwifTest, it’s nothing more than a push on the button to run the desired script. Or not even a push on the button; Queues (a sequence of unit tests, which can be seen as an integral test script) can also be Scheduled on a specific moment. For example during the night. Then they do not interfere with the daily operation. The next morning the results of the test can be found en analyzed using the DWS Hub. With scheduling, it is possible to do repeated integral testing to ensure environments remain functioning​. You can imagine that our Arantys developers gratefully use DWS Swiftest to test their new developments.